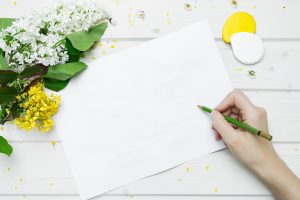 “From being utterly clueless about diagrams and economic concepts in J1 to writing clear paragraphs with exemplary evaluations at J2, Mr Fok had proven that it is indeed possible to enjoy and excel in a seemingly mundane subject like Econs. Just by attending Mr Fok’s classes for 1 year, my result has shown considerable improvement, eventually leading to an ‘A’ in the A levels. Lessons are fast paced but focused and to the point. Mr Fok also made it a point to add in relevant stories and jokes to help us remember concepts easily. Occasionally, Mr Fok also made it a point to add in important life lessons for all of us to learn, making his lessons valuable and enjoyable. Notes and resources are also made abundant and Mr Fok never fails to answer to all our doubts and queries. Overall, I would really highly recommend finding Mr Fok for help in Economics, especially if you are facing difficulties in finding the motivation to study.”

“Since I got C5 for my humanities in O-level, I was always worried that my Econs would turn out to be another disappointment but after joining Mr Fok in JC2 he made it easier to grasp the various concept. His notes are also truly very helpful and with his guidance i managed to get A for my H2 Econs.”

“I came to Mr Fok in a very dire state, 2 months to A levels, having scored an S for economics for my preliminary examinations. Mr Fok took me in even though his class was already very packed, with no guarantee that his effort would be able to turn my grades around. But through his guidance, I felt myself improving with each lesson. Most importantly, Mr Fok believed that I could do well, and that in turn made me believe in my own ability. In the end, I am proud to say that with Mr Fok’s help, I have successfully achieved an A for economics at the A level examinations and an overall of AAB/AA. Last but not least, Mr Fok always stressed the importance of not only being a good student but also a good person, very often including stories in his lessons which had a valuable life lesson for all his students. So for that, I am grateful. Thank you Mr Fok.”

“I started attending Mr Fok’s classes in August 2015, just after I received my results for BT2. Before attending his lessons, my Econ’s grade was constantly hovering between S and U and I scored an S for my BT2. Throughout the next four months before the A levels, Mr Fok taught me how to understand the concepts in Econs and had advised us thoroughly on how to handle tricky questions. With the constant guidance from Mr Fok, I managed to secure an A grade for Econs during my A levels exam. Mr Fok has indeed helped me extensively within that short period of four months and he is a tutor that I would definitely recommend to my juniors!”

“Mr Anthony Fok is no ordinary tutor. He goes the extra mile to help each and every students despite his busy schedule. His lessons are without a doubt very enriching and he makes learning economics enjoyable and meaningful. Mr Fok is not only a tutor but also a mentor. He constantly touches on other aspects of life other than academics and gives sound advice whenever a student is in need. Thank you Mr Fok.”

“Mr fok’s classes were very useful and effective in delivering the necessary concepts which help me get an A from a U. Mr fok has been a very caring teacher outside of studies and really help inspire me to study and do my best, especially for econs.”

Click here to read more of our former students' testimonials